NC State’s Engineering Entrepreneurs Program (EEP) provides a transformational entrepreneurship education experience for students through its fully-immersive, multi-disciplinary, simulation-like learning environment. The EEP seeks to inspire, to empower, and to challenge its students to change the world and radically improve the human condition.

In the words of Dr. Louis Martin-Vega, dean of the College of Engineering, “The Engineering Entrepreneurs Program is a critical component of our overall academic program in the College of Engineering. The National Academy of Engineering has published a book entitled Educating the Engineer of 2020: Adapting Engineering Education to the New Century. The book speaks specifically of the need to incorporate interdisciplinary teams, leadership, and entrepreneurial skills and thinking into the engineering curriculum. This is exactly what the EEP does, and exactly what we need to ensure that our graduates have the tools they need to be successful in the 21st century.”

The EEP is an academic program in which students choose an engineering problem and form an entrepreneurial venture or product aimed to solve or mitigate the problem. Students in the EEP take on challenges, create solutions and prepare products for market.

"I have been favorably impressed with the EEP at NC State. The caliber and enthusiasm of students has been exceptional."

NC State students can join the Engineering Entrepreneurs Program through a variety of course offerings available to engineering and non-engineering students. 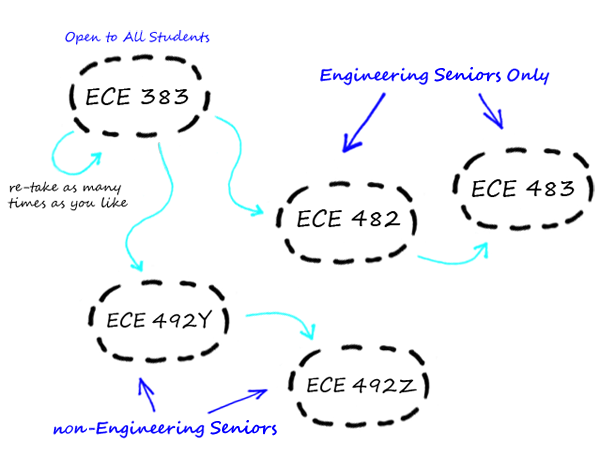 ECE 482 (ECE 492Y) and ECE 483 (ECE 492Z) comprise a 2-semester new product or service design sequence with ECE 482 weighted toward product definition and high-level design, and ECE 483 weighted toward the actual implementation of the product or service defined and designed in ECE 482. Students in ECE 383 work as eTeam (entrepreneurship team) members on the eTeams created by the students in ECE 483 – ECE 383 students are able to choose which eTeam to be on. In addition to being eTeam members, ECE 383 students participate in a “Toy Building Competition” where they form teams and design and build a toy for kindergarten students at the Fred A. Olds Elementary School.

History of the EEP 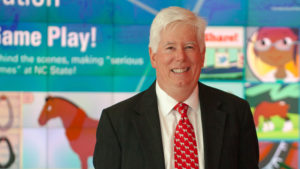 Dr. Thomas (Tom) K. Miller III initiated the Engineering Entrepreneurs Program (EEP) in 1993 under the sponsorship of the Southeastern University and College Coalition for Engineering Education (SUCCEED). The EEP is an extension of the NC State University Undergraduate Design Center, which is the umbrella program for senior design projects for the College of Engineering. The genesis for the EEP came out of Dr. Miller’s personal experience as a technology entrepreneur, his passion for undergraduate engineering education, and his deep commitment to his students and their futures. Because of this, he decided to teach engineering and computer science students skills in product development, organization, management, finance, marketing and entrepreneurship.

Today, more than 450 students have completed the EEP. Donald (Donnie) J. Barnes (CSC ’95), a former EEP student, was the first employee of Red Hat and retired from Red Hat as a millionaire at age 27. Engineering student entrepreneurs Bill Nussey (EE ’87) and Chris Evans created DaVinci Systems, one of the world’s leading email products, at a time when NC State was emerging as a power in information technology. 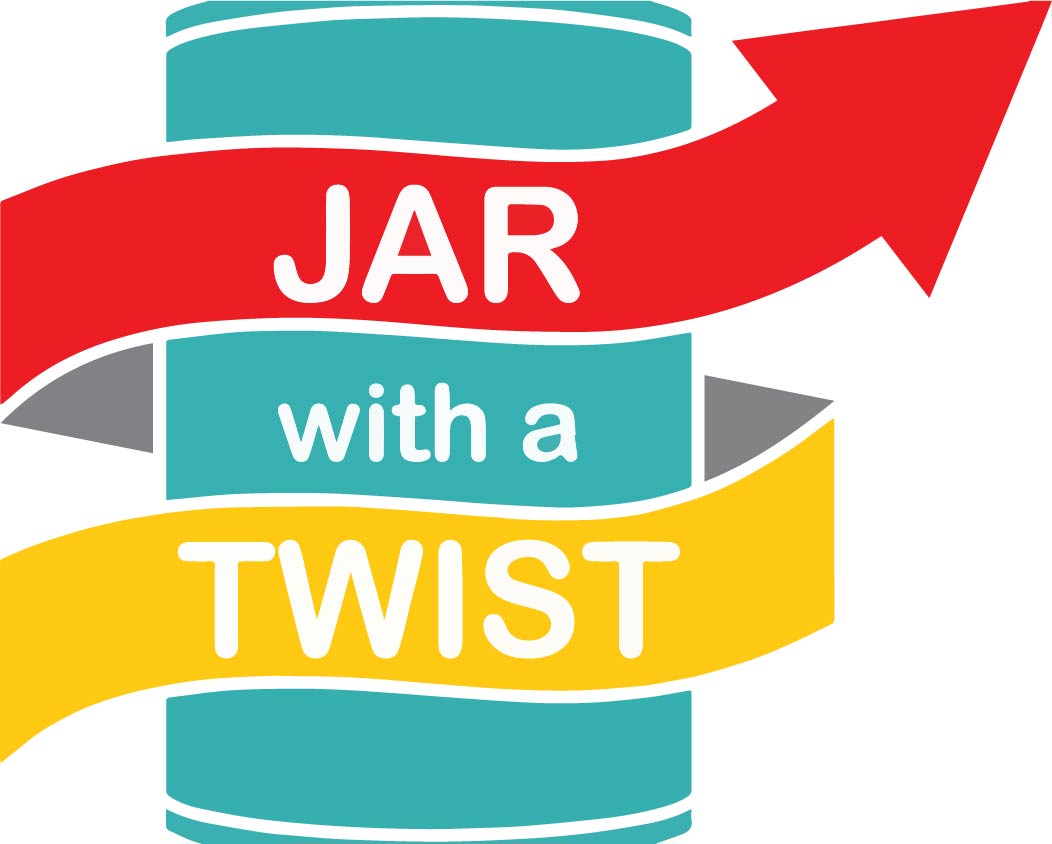 Jar with a Twist

Jar with a Twist(JWaT) launched in June of 2013. The problem? It's impossible to get all the peanut butter out of the peanut butter jar. The solution? A jar with a twist bottom, continually bringing the peanut butter up to the top. The team developed a video in class which they launched on YouTube after the provisional patent application got submitted. The video appeared on the front page of Reddit just a few days after release. From there it went to sites like HuffPo and Salon, and then to live television on the Today Show and Good Morning America. 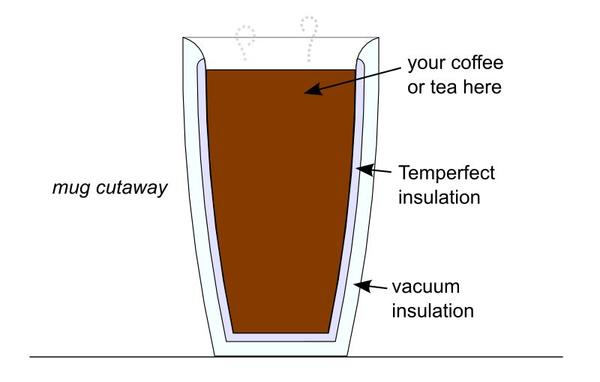 The Joeveo Temperfect mug was a solution designed to regulate the temperature of hot liquids in travel mugs. The team brought the mug to market with a very successful kickstarter campaign raising $269,000 and selling thousands of mugs. The campaign also garnered significant media attention from places like SmithsonianMag.com.