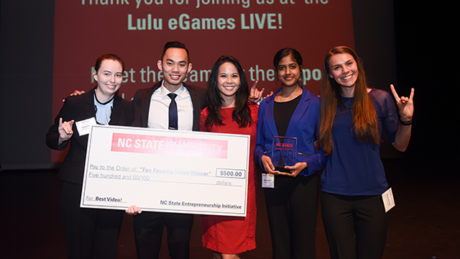 The Albright Entrepreneurs Village, NC State’s living and learning community for student entrepreneurs, has continued to grow, reaching a record number of residents for the 2017-18 academic year.

4. The State of Entrepreneurship Streams Live 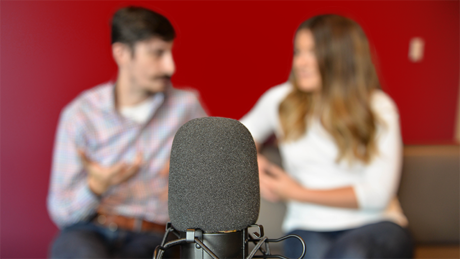 5. Students Go Behind the Scenes at Apple, Google and Facebook

Over spring break, 20 students traveled to Silicon Valley to see entrepreneurship in action, both in large companies and early-stage startups. The trip included visits with NC State alumni working in the Valley, tours of early-stage ventures, and, of course, visits with companies like Apple, Google and Facebook.

Inspired by the impact that longtime faculty member Dr. Tom Miller has made on their lives and careers, a group of NC State alumni established the Dr. Thomas K. Miller III Fellows Endowment to support entrepreneurial-minded students. The fund provides a small stipend during the period directly following graduation, when students may face a decision between taking a job or launching a company. Read More 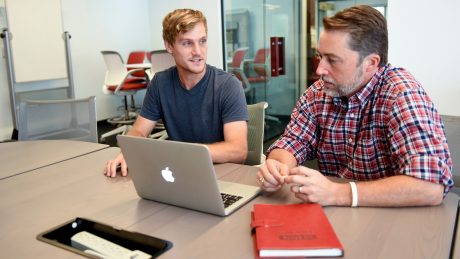 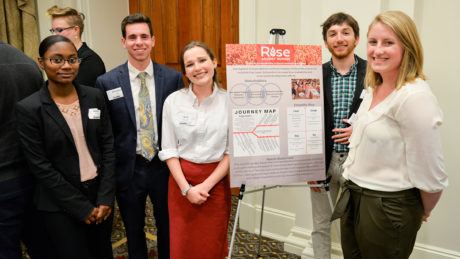 The Social Innovation Fellows program began in fall, accepting 30 students passionate about social impact. Throughout the year, the Fellows team up with social ventures addressing issues with food and water insecurity. The program provides students the opportunity to put their entrepreneurial skills to action as they discover, design and do good in their community. Read More

Global Entrepreneurship Week is a celebration of the innovators and job creators who launch startups that bring ideas to life, drive economic growth and expand human welfare.  During one week each November, NC State hosts a variety events focused on entrepreneurship. 2017 events included: Networking with Social Entrepreneurs, Ladies Who Launch, Wolf Den and more. Read More 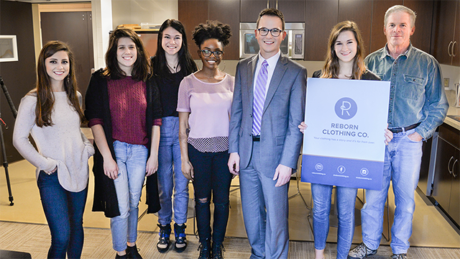 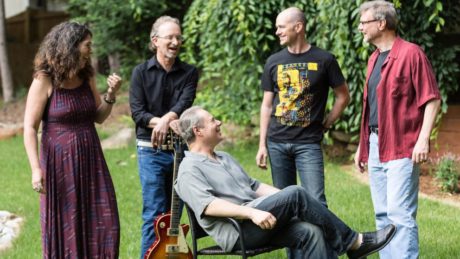 Dr. Gary Beckman, director of the NC State Arts Entrepreneurship program, and his bandmates rocked out Stewart Theatre with a Led Zeppelin tribute. The project is more than just a band that plays music; it provides an educational opportunity for students in the Arts Entrepreneurship program. The band has been working with students to launch initiatives in performance and production industries.

Entrepalooza is NC State’s fall festival celebrating entrepreneurship and innovation. In September, the event drew over 1,000 attendees to the event on Centennial Campus. The event featured an interactive showcase of NC State alumni and student companies and a student pitch competition where 15 students competed for an audience choice award of $1,000.

NC State received a $500,000 award from the National Science Foundation to advance the commercialization of research discoveries. This five-year award will be used by the Office of Technology Commercialization and New Ventures to establish the NC State I-Corps site. Read More 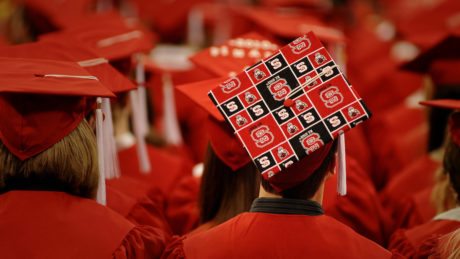 Two fall 2017 graduates, Kay McMillan and Oliver Walsh, charted the course of their academic careers with the help of entrepreneurship at NC State. Through the New Voices Foundation, McMillan, who has cerebral palsy, seeks to equip schools and teachers in North Carolina with technologies for students with communication and mobility disabilities. Walsh heads to  Deloitte Consulting in Charlotte, where he’ll get to use the creativity and problem-solving skills he learned through the university’s entrepreneurship initiatives to help others build their businesses. Read More

NC State ranks No. 25 among the 200 research institutions studied in the Milken Institute’s latest listing of best universities for technology transfer. The report, called “Concept to Commercialization: The Best Universities for Technology Transfer,” puts NC State in the top 10 of schools without medical research facilities. NC State also joins three of its 16 peer institutions making the list. Read More