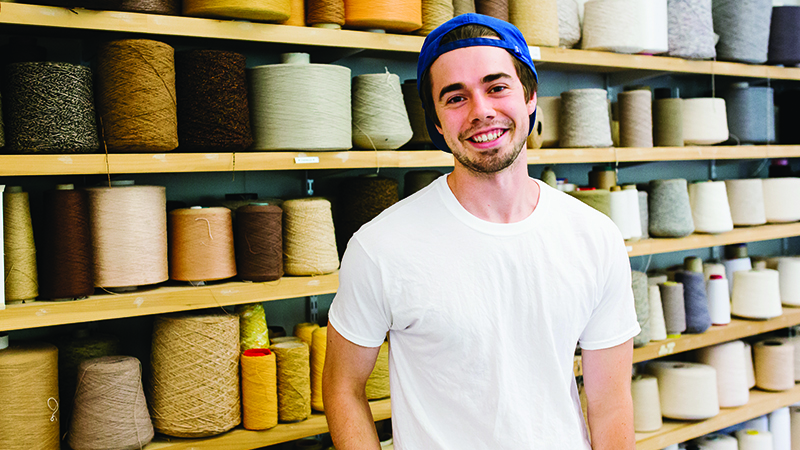 Alumn Chris Williams [BID ’17] recently won one of three footwear design apprenticeships with Adidas by competing against over 1,000 other designers in the international Adidas Design Academy competition. It is a dream opportunity for Williams who has a passion for footwear design and a love of sports, but Williams almost didn’t even enter the competition.

“I feel like Charlie and the Chocolate Factory—I got the golden ticket. — Chris Williams”

“It wasn’t even on my radar,” says Williams, who found out about the contest when an Adidas rep came to the College to speak to students. Williams then forgot about the contest, not submitting his portfolio until the last day of the application period. It was such a last-minute turn of fate, Williams—with a hint of nervous excitement in his voice—says, “I feel like Charlie and the Chocolate Factory—I got the golden ticket.”

The competition required participants to advance through multiple levels and interviews, design challenges, and presentations. To even be eligible, designers had to be recent graduates with less than two years of full-time experience. The first round of the competition advanced participants based on their submitted portfolio. Then the remaining contestants were given a design task to complete. Williams says it was basically “make a shoe, no rules. I kind of went crazy on it.” The judges must have liked what they saw because Williams was moved on to the third round which involved a short recorded question and response. Finally, Williams was invited to Adidas headquarters in Germany with seven other contestants to give an in-person presentation.

“I was super nervous,” Williams says. “I was exhausted. I was probably only in Germany for 36 hours total. The presentation style was very similar to school, and that was something that I had struggled with in school. But my experience with Student Merit and working with Kelly Umstead really helped me.”

Williams was chosen to represent the NC State College of Design at the 2017 Student Merit competition which took place at the Industrial Designers Society of America District Design Conference. One student from each participating school was chosen to compete head-to-head against candidates from other schools. Williams prepared for the Student Merit competition presentation by seeking Assistant Professor of Industrial Design Kelly Umstead’s help. 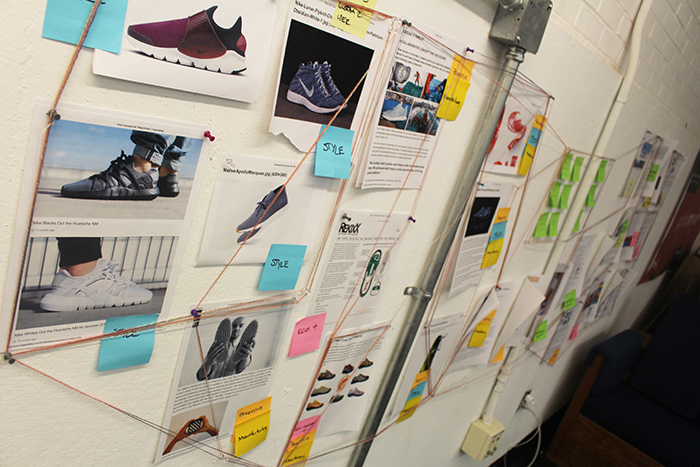 “I sat right outside Kelly’s office, and she helped me learn to tell a story very quickly. In five or six minutes, you have to tell the story of your work. Figuring out how to do that with Kelly really helped prepare me for Student Merit.” And Student Merit, Williams says, directly helped prepare him for the Adidas competition—“it was a trial run. I was able to apply those lessons to the Adidas competition.” Umstead helped Williams to loosen up and get more comfortable presenting to overcome any stage fright he had. Williams says, “You can’t sound mechanical or rehearsed. You have to be comfortable enough to actually talk about your work rather than just presenting your work.”

Looking back at his time at NC State, Williams also credits his study abroad trip to Prague and his time as a high schooler in Design Camp. Design Camp he says, “gave me a comfort level coming into school. I knew where the buildings were. Everything’s new, but camp helps you get a little bit of experience.” And Prague, Williams says “was definitely a kind of switch for me. I started to put it all together in terms of what I’d learned. Coming back, I was definitely a better student from that point forward. That helped me put the focus on what I wanted to do.”

Williams became interested in footwear design and sought out opportunities to learn. “It’s hard to get that experience in the typical ID track,” he says. So Williams and a friend began sketching a sneaker a day, he took an independent study course focused on footwear design with Professor and Department Head of Graphic Design and Industrial Design Tsai Lu Liu, and in the spring of 2017, he studied shoe design in a course offered by Assistant Professor of Art + Design and Director of Art 2 Wear Justin LeBlanc. “That experience was huge,” Williams says, “because I was actually getting to do something with soft goods and footwear design. I could have graduated in the fall. I was done, but I stayed around to take this class.”

Williams will move to Portland to begin his new two-year position with Adidas in October. He’s pretty laid back about the move, like he seems to be about most things. “I’ve never been to Portland. Everyone I’ve talked to tells me Portland is awesome, but they’ve never actually been there themselves,” he says with a smile. Williams hasn’t figured out all the logistics of the move or his housing, but he’s not worried. “I’ve got time to figure that out,” he says.

Staci Kleinmaier is a professional writer and photographer in Apex, North Carolina. She uses words and images to tell stories. To see her work, visit www.stacikleinmaier.com.

This post was originally published in College of Design Blog.