It’s safe to say that most entrepreneurs don’t follow a straight path to entrepreneurship. This was certainly the case for Ameet Dhillon, Managing Director of US-Africa Housing Finance (USAHF.) The Cary native graduated from NC State University with a B.S. in Electrical Engineering and later obtained an MBA from The Wharton School at the University of Pennsylvania. His engineering and business background allowed Dhillon to pursue a successful career in the tech industry, getting an early start working for tech companies in Osaka and Tokyo Japan. After gaining invaluable international business experience, Dhillon planted his roots in Silicon Valley, a place which he’s called home for the past 20 years.

In 2014 a close friend of his from Wharton, who had spent time in the Peace Corp in Africa, decided to start a company building homes in West Africa. Later that year, Dhillon invested some money in his friend’s new venture – American Homebuilders of West Africa (AHWA.) Several years later it became obvious that in order for American Homebuilders of West Africa to succeed, there needed to be some form of readily available financing for the home buyers. In other words, despite the demand for homes being through the roof, there was no financing system in place to help people purchase homes. “This was the birth of USAHF and an entrepreneurial path I could never have imagined,” Dhillon says.

According to the African Development Bank, there is an estimated housing deficit of 50.5 million units in sub-Saharan Africa. One of many reasons for that deficit is the lack of financing. Prior to launching his venture, Dhillon had never stepped foot in Africa and had never been involved in home financing. But he knew something needed to be done to solve the housing deficit. “I could properly be described as an accidental entrepreneur,” Dhillon tells us, “I did not ever dream I would one day run a West Africa focused housing finance company.”

US-Africa Housing Finance takes in private capital from accredited investors in the United States and uses that capital to purchase home loans from its partner company, American Homebuilders of West Africa. For the past three years, investors have received a 9%, US-dollar denominated return on investment. Currently, Dhillon’s venture is helping finance homes in Guinea, but there are big plans for the future, including expanding to Sierra Leone, Ivory Coast, Senegal, and Liberia. 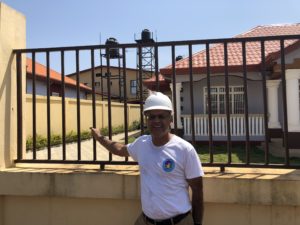 There are very few private companies that are trying to address this housing problem by utilizing private capital. Dhillon believes that the partnership between US-Africa Housing Finance and American Homebuilders of West Africa (AHWA) is a powerful force with a proven business model that can help solve the housing deficit in sub-Saharan Africa.

Dhillon traveled to Conakry, Guinea in the fall of 2019, to see first-hand the impact US-Africa Housing Finance was having in the local community in terms of jobs, training and women’s empowerment. “The Guinean staff view their jobs as more than a means of earning a living. Many of them openly expressed to me that building quality housing that even foreign buyers can be proud to own gives them tremendous personal pride and satisfaction as well as great hope for the future of their country” Dhillon shared. The trip not only helped Dhillon witness how his investor’s capital is being utilized, but it further fueled his passion to make this venture a roaring success.

When we asked Dhillon if he has any advice for students who are interested in launching a company in the future but don’t know where to start he shared the following words. “Don’t let yourself be lured into becoming an entrepreneur just because it is the ‘sexy’ thing to do; but rather let your life and professional experiences guide you to a logical path of entrepreneurship.” After all, you never know where your skills and passions may take you. 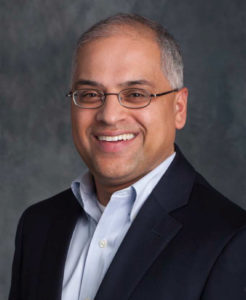 If you would like to learn more about USAHF or Ameet Dhillon’s entrepreneurial journey don’t hesitate to reach out at ameet@usafricahf.com.