All across campus, NC State entrepreneurs are fostering innovative ideas, creating products, pursuing ventures and impacting the Wolfpack community. These students are developing their entrepreneurial mindset both in and out of the classroom and are working hard to pursue their goals. The Wolfpack is making some power moves, and we cannot wait to see what they will Think and Do next. 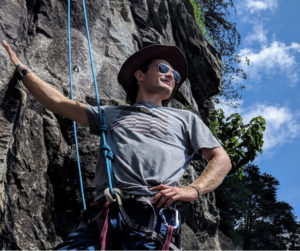 “I really wanted to connect my passion for innovation, the environment and climbing in a way that would help people better themselves.” – Johnny Davis

Acorn Climbing was given the name both because the hang-boards are made from American white oak wood and the company was founded in Raleigh, City of Oaks and home of the Wolfpack. 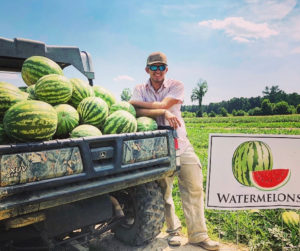 Collin Blalock’s entrepreneurial story began in Wilson, NC in 2012. After talking to his father, he got the idea to grow and sell southern peas for a summer job. Collin turned half an acre of land and three varieties of peas into the thriving business that is Collin’s Produce today. Collin now grows over seventy five varieties of produce and flowers. Collin’s Produce sells to the public, grocery stores, restaurants, wholesalers, farmers markets and florists. Collin has fallen in love with managing his business while pursing an agricultural science degree here at NC State and hopes to pursue his venture after graduation in the spring of 2019. If you find yourself in Wilson, be sure to stop by Collin’s Produce and purchase a fresh watermelon or personal bouquet from “the produce boy” himself! 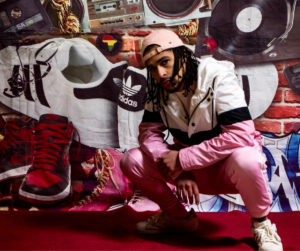 Gino Fernandes II, a.k.a. King Gino, is currently studying microbiology at NC State. Gino is not only a full time student, but an independent rapper and the CEO of Callisto records. Gino found a love for music at a young age and began producing his own in 2016 under the name King Gino. He has since sold multiple albums on iTunes and other major platforms. Callisto Records is made up of a team of six NC State students and is a collection of various musical and graphic artists who collaborate to create hip-hop art in the form of music recordings, performances and graphic designs. All content, ranging from albums to photography and merchandise, is produced in house. Callisto Records released their first album, “Cold Blooded,” on October 31, 2018 and since then has released five more albums in a span of only four months. In April, the label hosted a private event at the Entrepreneurship Garage to celebrate their artists and foster collaboration. 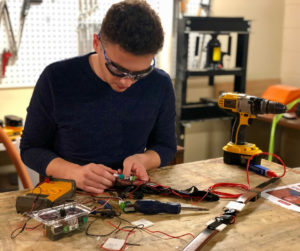 While walking to class in the North Carolina summer heat, Justin Cohen thought, “Why can’t we incorporate the same technology that we use to cool our computers (Peltier modules) to cool humans.” And thus, Justin founded Undertherm. Undertherm is a wearable technology that utilizes flexible heating and cooling pads to achieve ideal thermal comfort in any weather condition. Justin is currently working to engineer the final product while studying nuclear engineering full-time at NC State. There has been some experimentation along the way—Justin said, “The third prototype iteration was actually a cooling harness for dogs on hot days. We would still like to create this device, perhaps after we get going with human versions.” 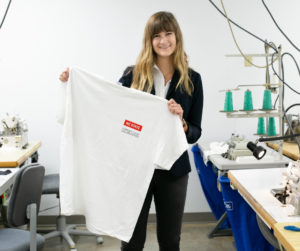 Reborn Clothing Co. was founded in the fall of 2017 by entrepreneur and College of Humanities and Social Sciences student Emily Neville. The company gives consumers an up-cycling option for their sentimental clothing. After finding a steady supply of surplus branded apparel within the university system, Reborn received licensing for NC State University and placed its products in the University Bookstore, Red and White Shop and the departments the materials came from.

“Reborn has been a ton of fun and a lot of really hard work. I didn’t think it would grow to this size and we’re so excited for the next five and even ten years ahead of us.” – Emily Neville

As Emily is keeping textile waste out of landfills and creating valuable products, her efforts have not gone unnoticed. Reborn Clothing Co. took home $8,000 in funding at the 2019 Lulu eGames, winning second place in the New Venture category and being selected for the Judges’ Choice Award at the Lulu eGames LIVE event on April 3. 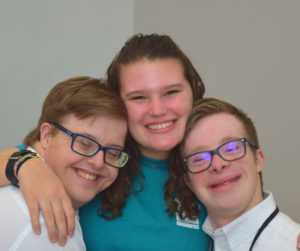 Lindsay Wrege, founder and CEO of 321 Coffee, began her venture in 2017 with a mission to provide significant and meaningful work experience to adults in the special needs community that incorporates them into the forefront of a business. After growing up involved in the community and gathering inspiration from Bitty and Beaus Coffee in Wilmington, North Carolina, Lindsay saw the societal impact the business had on the community and wanted to bring a similar light to the NC State Wolfpack! 321 Coffee is now a thriving nonprofit pop-up coffee shop here at NC State.

Bryan’s Do It All Service | Bryan Hughes 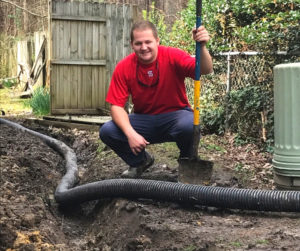 Bryan is not only a full-time student studying agricultural science, but a small business owner as well. Bryan founded Bryan’s Do It All Service in 2016 after graduating high school. He knew from the start that he enjoyed completing odd jobs for customers because he could work at his own pace and work on many projects at one time. Bryan’s Do It All Service really does it all! From landscaping, to auto work and home care Bryan oversees all aspects of his small business and the services it provides.

Meg Grant conducts marketing, business development and customer relations for her venture, Homework Homie. Homework Homie is an application for college students that collects assignments from across multiple sites and condenses the due dates into one list. Meg initially began Homework Homie with her partner, Sam, because they saw a need for it themselves. It can be extremely challenging for students to stay on top of assignments when they are all on different sites. After conducting a test run with friends, they realized that Homework Homie could help a lot of students. Meg now manages over 1,200 monthly active users here at NC State and hopes to expand the application to other universities across North Carolina! 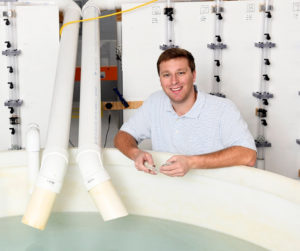 While studying agricultural business management and entrepreneurship at NC State, Charles Eason found a passion to strengthen the shellfish industry and the economies of the coastal NC communities, and he is doing just that with his venture, Hoi Toiders Mariculture. Hoi Toiders is a mobile shellfish hatchery that provides improved genetics specifically tailored to each grower. Charles conducted research for two years before officially establishing the business in 2019 and partnering with a team of biological and agricultural engineering students to build the working prototype.

“Being from Eastern NC I have always had a passion for the coast and strengthening our coastal economies and ecosystems. ” – Charles Eason

Charles has hopes of having a full-scale, vertically-integrated, seafood production business in which Hoi Toiders will produce seed and then provide a marketing platform for seafood producers on the backend. 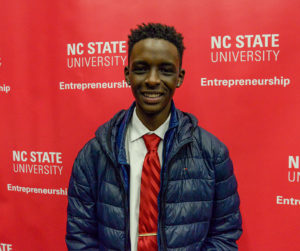 Did you know that North Carolina agriculture local wholesale contributes over twenty billion dollars to the agricultural market? Sean Maina, founder of LocalVore!, is currently studying computer science at NC State and hopes to graduate in 2022. While conducting research on North Carolina agriculture systems, Sean found that the system many wholesalers and suppliers use could be improved. LocalVore! is an online ordering platform that connects local food suppliers directly to their customers. Wholesalers can easily upload inventory, manage pricing and receive orders. Customers can just as easily place their orders on the platform.

Paws For A Cause | Alex Matthews 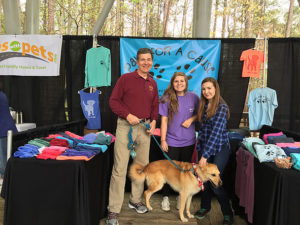 Alex Matthews has designed a venture that incorporates all of her interests and helps a cause that is close to her heart. Alex currently studies fashion and textile management along with brand management and marketing at NC State and hopes to graduate in 2020. Paws for a Cause, LLC was founded by Alex in 2015. The venture was established to lend a hand to local animal shelters and rescues through the sale of unique apparel, which Alex designs herself. The paw print on the front of most products is actually the paw print of one of her own dogs, which was adopted from the ASPCA.  You can find Paws for a Cause items and apparel at local pet shops and trade shows across NC! All of Alex’s pets have been adopted and she hopes to raise awareness, support local pet adoption and share her creative flare.