Deciding where to go to college can be a difficult decision. Michael Bissell, a native of Ashton, Maryland and youngest of six kids, knew he wanted to go to an out-of-state school with hopes of making new connections and carving his own path. The then-incoming freshman narrowed down his list to two universities – the University of Florida and North Carolina State University.

He planned trips to both universities but as fate had it, his flight to Florida was overbooked preventing him from traveling. “I took it as a sign,” Bissell tells us, “I truly think it was meant to be.”

Bissell was able to complete his visit to Raleigh as planned and remembers falling in love with NC State’s culture from the moment he set foot on campus. “People in Raleigh are so friendly, even the people in line at Chipotle speak to you,” he recalls. That was three years ago, and the now graduating senior will be earning his B.S. in Business Administration with a concentration in Entrepreneurship from the Poole College of Management as part of the May 2020 graduating class.

Bissell feels fortunate to have a job lined up right out of school, despite the current uncertainty brought by COVID-19. He will be working as an account manager for The Select Group, a technical staffing company in Raleigh where he will help connect people with jobs. “The more people I connect with jobs the better I’ll do,” he tells us, “I’m excited to help people during all of this turmoil.”

For as far as he can remember, Bissell has always had an interest in entrepreneurship. “My father owned his own company which spurred my interest in entrepreneurship from an early age,” he tells us. “My first business was selling things at school. I would sell a variety of items, even buying candy bars at bulk and then selling them for a dollar at school.” His school hustle later grew to buying and reselling shoes. “I had 20 pairs of shoes in my room at one point during middle school. I sold them on eBay or to people at school for a profit.”

Naturally, when it came time to select a major, Bissell was interested in Business Administration with a concentration in Entrepreneurship from the Poole College of Management. When we asked Bissell if he had any advice for incoming freshmen, he told us “Enjoy it. I know everyone says this, but it truly does go by extremely fast. Don’t waste even a day and do your best to take advantage of being a student. Leverage it to your advantage. People will never be more willing to help you than when you’re a student – so don’t waste it.”

Boy did he listen to his own advice. Bissell was a resident at The Impact Leadership Village, where he met 3 of his best friends with whom he still rooms to this day. “The Village gives you a community right off the bat” Bissell shared. One of his favorite memories at NC State was the first time he did a speaking engagement at the Impact Leadership Village. “Coming back a year later and sharing what I had learned with a room full of freshmen was truly impactful.” Throughout his time at State, he became more and more interested in public speaking and sharing his experiences.

This led him to join three different and highly selective ambassador programs – the Entrepreneurship Student Ambassadors Program, the Poole Ambassadors Program, and the University Ambassadors program. “Coming from out of state, joining an ambassador program is a great way to meet other people,” Bissell shares. “I discovered that there is so much to do. Join any organization where you can make a difference.” During his time as a Pool Ambassador, Bissell interacted with prospective students and families to inform them about NC State and what he enjoyed best about the university. As an Entrepreneurship Student Ambassador, Bissell helped with the programming and event planning for Global Entrepreneurship Week and most recently served as a Facebook Live host for NC State Entrepreneurship’s Lulu eGames interviews.

Bissell is also a member of the Philanthropy Council and the eClinic’s mentorship program.

“Entrepreneurship to me is creating your own path while impacting others. Some people believe it is all about creating a company and making a profit. However, entrepreneurship has consistently grown in other aspects, such as giving back and helping an underrepresented group.” In fact, Bissell hopes to start his own business that helps divorced fathers, a very underrepresented group.

His NC State experience extended beyond the continental United States. In fact, he was part of the first cohort of students to do a study abroad program in Australia. There he helped a local start-up company by conducting a competitive analysis and recommending ways to differentiate from competitors.

He admits that completing his last semester at State amidst a world pandemic has definitely been challenging. However, his previous experience with taking online classes since freshman year had prepared him for such a situation. “The transition to everything online has been a blow especially to the organizations that I was involved in. It is tough to say goodbye over a webcam, but memorable to say the least.” The soon-to-be graduate is currently working on a book to raise awareness about divorced fathers and the dangers they face, such as suicide. He is aiming to have it published by the time he walks at his postponed graduation ceremony.

He leaves us with the following words: “Too many of us often think about what we don’t have, instead of what we do. Look for things you do have and be grateful for those. Also, remember to take it one day at a time and know that it will all work out. Try to meet as many people as you can, everyone has something to offer and you won’t know that until you go out there and meet them.” 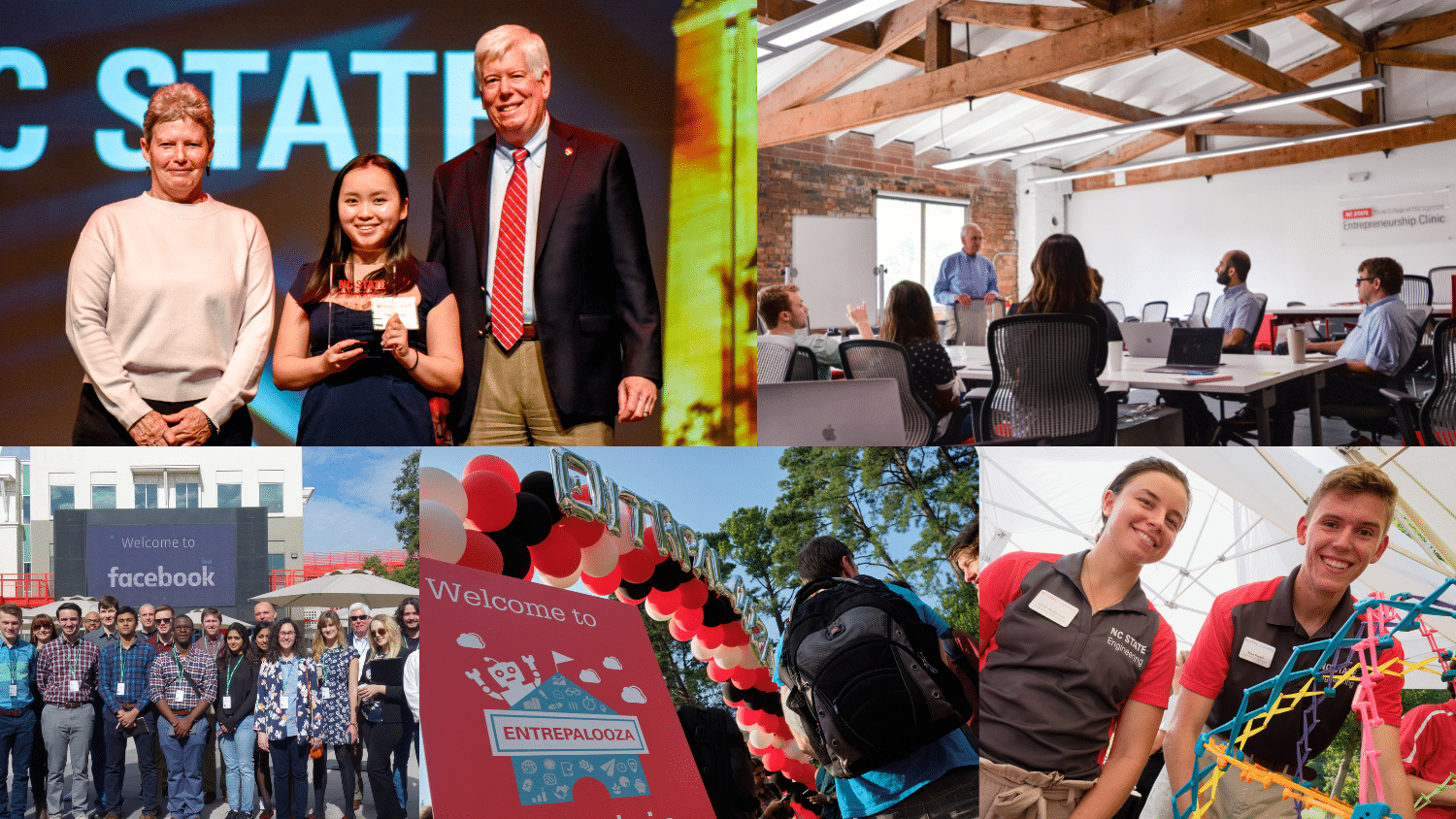 Discover the World of Entrepreneurship at NC State this Semester 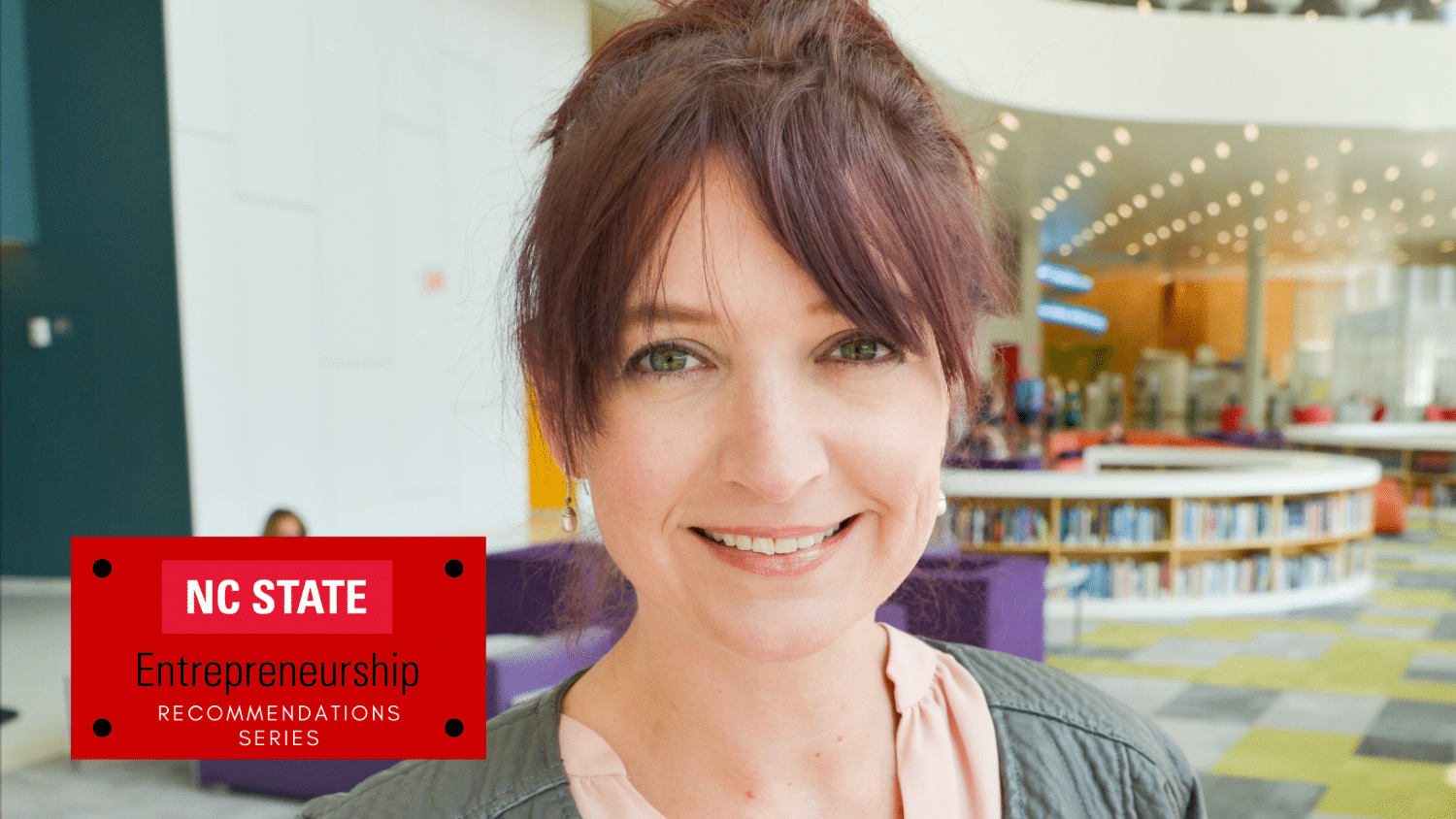 Getting Started with Entrepreneurship: Recommendations from Jennifer Capps