2018 was an incredible year for entrepreneurship at NC State. As we head into the new year, here are 18 highlights from the year.

The Princeton Review and Entrepreneur magazine ranked NC State as one of the “Top Undergraduate Schools for Entrepreneurship Studies for 2019.” NC State is number 11 on the list, jumping up from 19 last year, and is the top ranked school in the state of North Carolina.

2. Over $100k Awarded to NC State Entrepreneurs at Lulu eGames 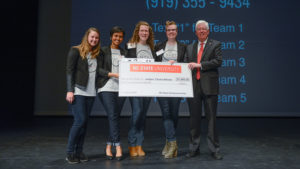 In 2018, we awarded over $100,000 to NC State startups. Over 500 people gathered to watch the next generation of NC State entrepreneurs compete at our annual startup competition, the Lulu eGames LIVE event in April.

3. The Albright Village Takes Over Another Floor

The Albright Entrepreneurs Village provides students with a supportive community and the opportunity to experience entrepreneurship on and off of NC State’s campus. From fall 2017 to fall 2018, the village grew by 92 percent and now has students representing all 10 academic colleges at NC State. The village’s growth has led them to take over another floor of Innovation Hall, located on Centennial Campus in the Wolf Ridge apartment complex.

4. Alumna Featured on The Today Show

Maggie Kane, a former NC State student, began working with people experiencing homelessness in downtown Raleigh in 2015. Three years later, she has opened Raleigh’s first pay-what-you-can cafe, A Place at the Table. Kane and her team were recognized on the Today Show for their entrepreneurial spirit and dedication to community service. 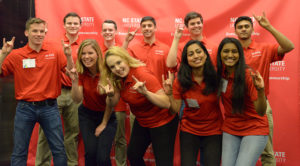 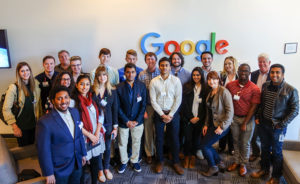 A select group of students had the opportunity to travel to Silicon Valley over Spring Break to meet with entrepreneurs, executives and NC State alumni—at small startups and large, multi-national companies. Students were able to tour entrepreneurial legends including Google, Apple and Facebook.

The Dr. Thomas Kenan Miller III Fellows Program was created to support student entrepreneurs who are committed to developing their startups full-time after graduation. Seven students were chosen to receive access to mentors and industry professionals, the NCSU Libraries, the eGarage, the Andrews Launch Accelerator and a $500 monthly stipend for “rent and ramen noodles.” 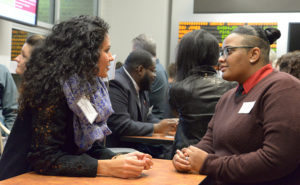 Global Entrepreneurship Week (GEW) is a celebration of the innovators and job creators who launch startups that bring ideas to life, drive economic growth and expand human welfare. NC State celebrated GEW in November with events across campus ranging from a speed-networking event to a Shark Tank-style pitch competition featuring the latest in innovation from NC State students.

10. Entrepalooza: An Event for Thinkers and Doers 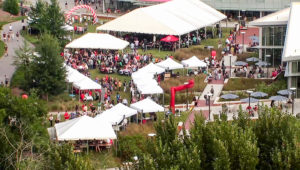 Entrepalooza is NC State’s annual entrepreneurship and innovation festival, highlighting student and alumni ventures. The event featured an entrepreneurship showcase and the Minute to Pitch It competition, where fifteen student entrepreneurs competed to receive $5,000 in cash prizes.

Over fall break, students traveled to New York City as one of NC State Entrepreneurship’s trip offerings. Students had the opportunity to meet with NC State alumni in Manhattan and Brooklyn and received tours of companies like Jet.com, Exeq, Girls on the Run, Venture for America, Palantir and more. 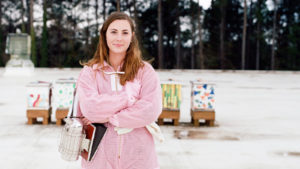 Alumna Leigh-Kathryn Bonner was recognized as one of the 30 most inspiring social entrepreneurs under 30 by Inc. Magazine. Since her graduation from NC State in 2015, Bonner has grown her company Bee Downtown to $350,000 in annual revenue. Bee Downtown’s goal is to promote healthier honey bee populations through the installation of hives on corporate headquarters across the nation. 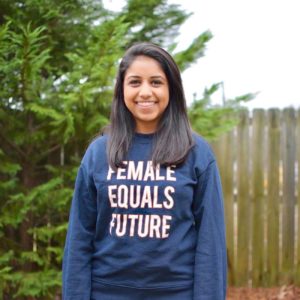 Advancement of Women Entrepreneurs (AWE) is a group devoted to supporting and engaging women who wish to explore entrepreneurship and entrepreneurial thinking on NC State’s campus. AWE was re-launched to fulfill the significant need for women to support each other and share their experiences through workshops, networking events, speaker events, field trips and other opportunities.

Tethis was developed at NC State in 2013 and has since discovered and patented innovative ways to transform feedstock into performance polymers. The Wolfpack Investor Network (WIN) participated in a $17.6 million capital raise for Tethis. This is WIN’s largest investment into a single venture to date. 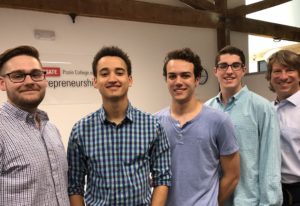 Four teams of NC State entrepreneurs were chosen out of twenty-five applicants to participate in the 2018 Andrews Launch Accelerator program. The program provides equity-free grants and support from local entrepreneurs to help the teams accelerate their startups’ development. The teams are assigned mentors as part of the launch program to help guide their personal and entrepreneurial development.

As a graduate of NC State’s College of Humanities and Social Sciences with a minor in arts entrepreneurship, Dan Cece has applied his education and skills to his career as a musician. Krosis, Dan’s band, signed with Unique Leader Records and went on tour in the summer of 2018.  The band released their first album Solem Vatem in March of this year. 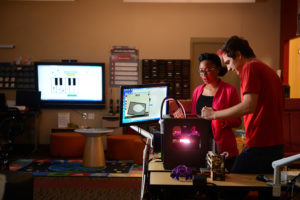 Almost 150 students competed in the third annual Make-a-thon, a three-day sustainability challenge at NC State. Student teams spent the weekend researching, designing and prototyping sustainable solutions to real world problems. Teams pitched their ideas to 40 judges from NC State, local businesses and the community. Ideas such as solar powered blinds, waste sorters and irrigation systems were a few of the innovations created during the competition.

This year, it was announced that NC State will host the 2019 and 2020 ACC InVenture Prize Competitions. The ACC InVenture Prize is a competition in which teams from each university in the Atlantic Coast Conference (ACC) will compete Shark Tank-style in front of a live audience and panel of judges. This competition is a unique opportunity for universities to showcase their student entrepreneurs and their innovative ventures.