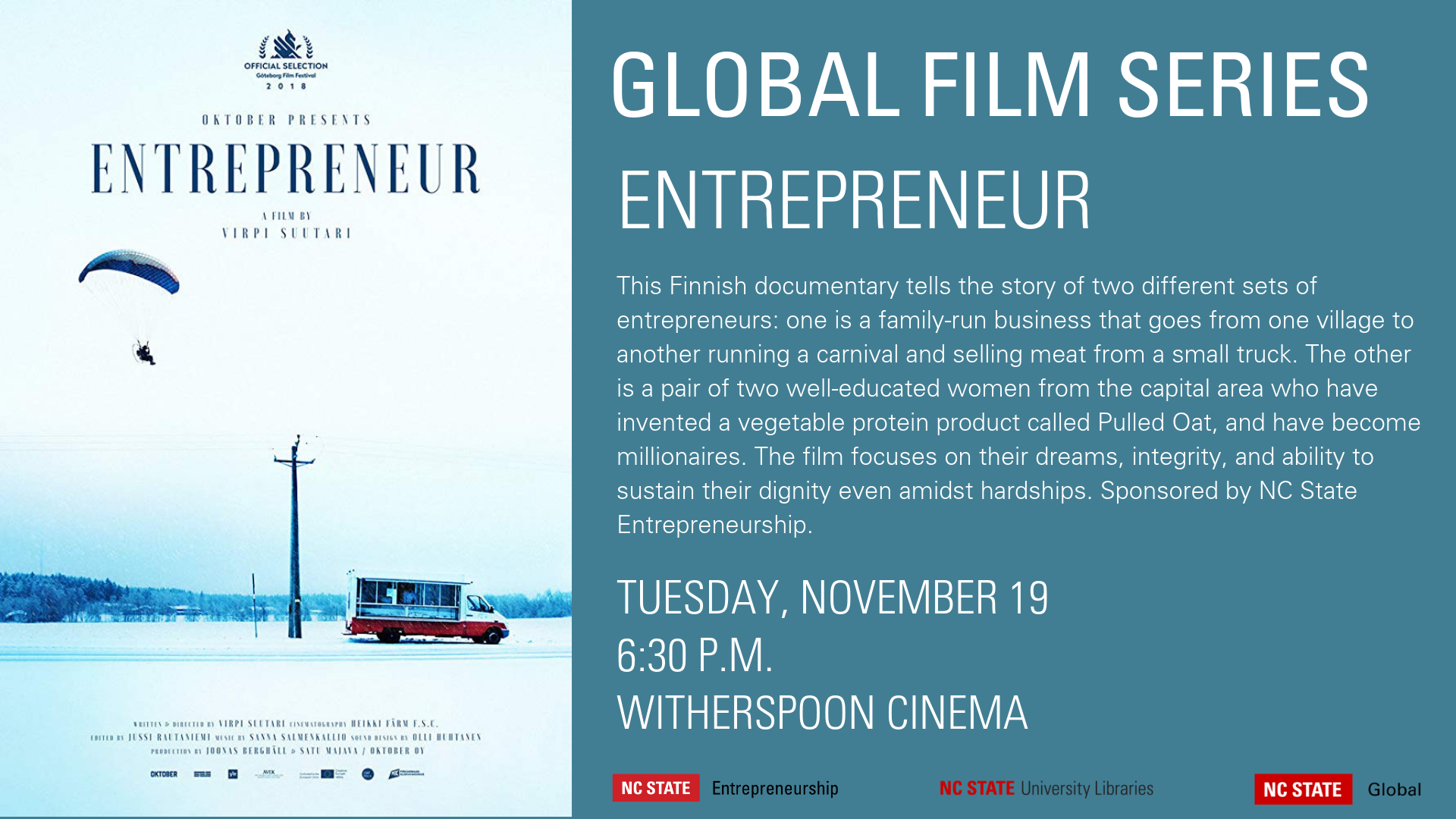 This Finnish documentary tells the story of two different sets of entrepreneurs:: one is a family-run business that goes from one village to another running a carnival and selling meat from a small truck. The other is a pair of two well-educated women from the capital area who have invented a vegetable protein product called Pulled Oat, and have become millionaires. The film focuses on their dreams, integrity, and ability to sustain their dignity even amidst hardships. Runtime 1 hour, 14 minutes. This film is part of the Global Film Series, co-presented by the NC State Office of Global Engagement and the NC State University Libraries, and sponsored by NC State Entrepreneurship.